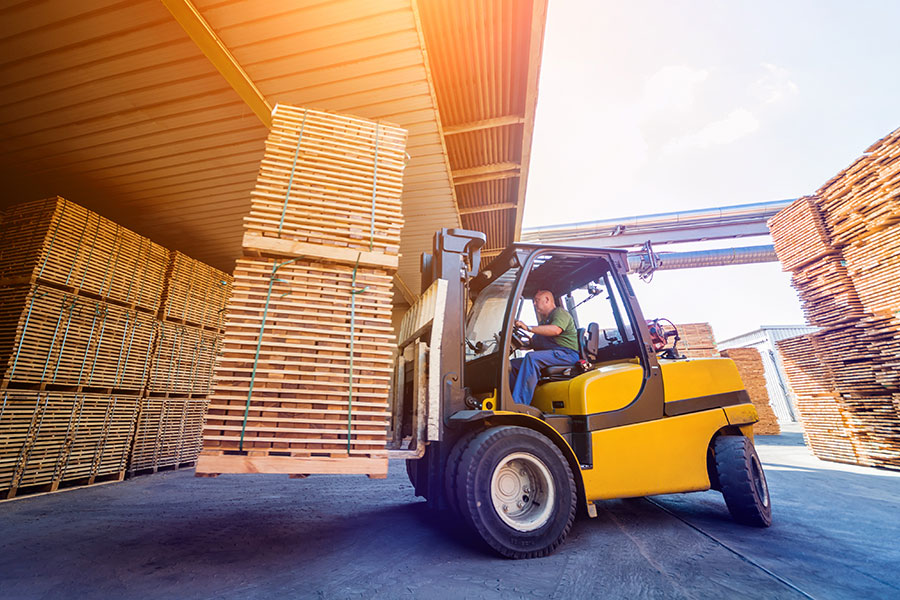 Forklifts are the workhorse of any warehouse, but even these impressive machines have their limits. Let’s dive into forklift capacity so you’ll always feel confident knowing how much weight can a forklift lift.

Picture a massive beast roaming across the land. It is wider than two SUVs, weighs nearly 100 tons, is longer than a stretch limousine and can lift up to 72 tons. While it may seem like we’re describing something out of the “Jurassic Park” franchise, it’s actually something you can glimpse in person: the Finnish forklift Kalmar DCG720-10LB, holder of the Guinness Book of World Records title of “Strongest Forklift.”

Of course, the tines of most forklifts would snap off trying to lift half as much weight as the Kalmar DCG720-10LB. So, how do you know the capacity of your forklift? Let’s take a look.

To fully understand fork lift specs, it helps first to know how a forklift works.

A forklift is a sophisticated version of one of humankind’s oldest tools: the lever. A basic lever consists of a beam and a fulcrum, which is the beam’s pivot point. When a load is set on one end of a lever, pressure applied to the other end travels the length of the beam to raise the load. The location of the fulcrum determines how much pressure (or effort) is necessary and how high the load travels. For instance, when the fulcrum is close to the load, less effort is needed, but it only moves a short distance. A fulcrum far from the load requires more effort, but the load rises higher.

All forklifts have a data plate that lists its maximum carrying capacity. However, just because a forklift can lift a specific amount of weight, doesn’t always mean it should. That is determined by the load’s center of gravity, aka the load center.

Which dimension defines the load center?

OSHA defines the load center as “the distance from the face of the forks to the load’s center of gravity.” For a square container that’s centered on a forklift’s tines, the load center is the middle of a shipment. However, for a rectangular or irregularly shaped container, the weight may not be directly in the center.

To better understand forklift load center, picture two children playing on a seesaw. One weighs 50 pounds, and the other weighs 100 pounds. Usually, the bigger child controls the seesaw. However, if the 50-pound child sways side to side or leans back, they gain leverage by shifting their center of gravity and throwing the balance off.

Forklift weight capacity is typically based on the standard size of most pallets, which is 48 inches by 48 inches. However, carrying capacity also assumes ideal conditions, such as a perfectly centered load and driving with the tines low. If these conditions are not met, the data is no longer 100% correct. Fortunately, it is possible to determine an adjusted forklift capacity.

It is common for a forklift to have a weight capacity of 4,000 pounds and a load center of 24 inches. However, if the driver must transport a pallet with the truck’s tines lifted a foot off the ground, the center of gravity—and the load center—shifts by 12 inches.

By simply lifting the tines a foot off the ground, the forklift can no longer safely carry 4,000 pounds. The new weight limit is about 2,667 pounds, a significant difference. At Texas Motive Solutions, forklift safety is critical to us. So, if you have additional questions about how much can a forklift lift, please reach out to us. When it comes to forklift issues—especially forklift batteries—we’re your forklift repair experts. Please call us at (888) 316-2459 or fill out a form to learn about our services and discover everything we can do for you. 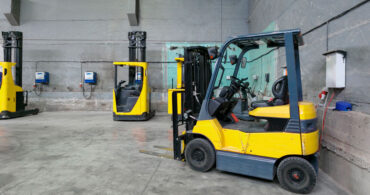 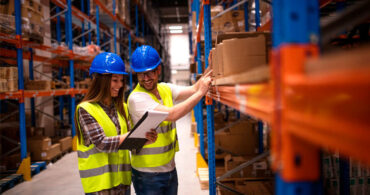