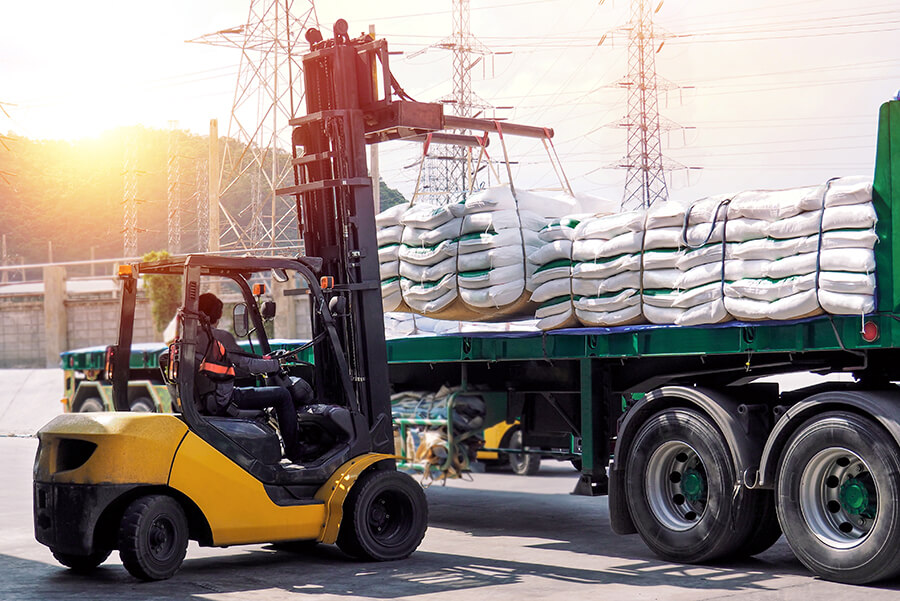 Understanding the forklift stability triangle is essential to prevent one of the most significant forklift safety risks.

According to the Occupational Safety and Health Administration (OSHA), there are approximately 85 fatal forklift accidents per year, 35,000 accidents with serious injuries, and 62,000 non-serious accidents.

One of the most significant forklift safety risks is tip-overs. This type of accident puts the driver and anyone near the forklift at risk of serious, possibly fatal, injuries. The main reason forklifts tip over is an unbalanced center of gravity. That’s why forklift operators need to understand the stability triangle.

The sit-down forklifts used in many warehouses and construction sites are counterbalanced, meaning they are constructed with a heavy weight in the rear of the vehicle. This rear weight helps offset the load as the vehicle’s tines lift it.

Counterbalanced forklifts have a 3 point suspension system that helps distribute the vehicle’s weight. Two of these 3 points are the front tires (also known as the load wheels), and the third is the pivot point, which is between the rear wheels on the back axel. Imagine lines connecting these three points, and you create a triangle. The stability triangle definition is the shape created by these 3 points. For a forklift to remain balanced, its center of gravity must stay within the stability triangle.

Where is the center of gravity on a forklift?

Imagine a forklift carrying a load heavy enough to pull the vehicle’s center of gravity to the front axle. What happens if the forklift must brake suddenly or unexpectedly hits uneven ground? The load may shift, change the position of the center of gravity, and cause the vehicle to tip.

The event that’s most likely to upset a forklift’s center of balance is when a load is raised too high. A heavy load that’s safe when it’s six inches off the ground can become unsafe when it hits six feet off the ground, especially if the forklift is moving.

The stability pyramid takes the three points of the stability triangle and adds a fourth: the maximum lift height of the truck. Picturing a forklift’s center of gravity moving laterally and longitudinally in a three-dimensional space helps illustrate other factors affecting stability.

Also, picturing a stability pyramid helps illustrate the dangers of carrying a load with the mast raised too high. Since a pyramid narrows from the base to the top, the area of stability decreases as the height of the load increases. Likely, this is not a problem when a forklift is stationary or slowly moving forward. However, transporting a load with the tines raised dramatically increases the probability that a sudden movement or unexpected jostle could upset the forklift.

What is the load center, and how does it affect the stability triangle?

According to OSHA, “The load center is the distance from the face of the forks to the load’s center of gravity.” Essentially, it’s the middle of a load, assuming the load is adequately settled on the tines. The standard size of most pallets is 48 inches by 48 inches, which means their load center is 24 inches.

A forklift works like a seesaw. Picture a seesaw with two children playing on it: one weighs 100 pounds (the forklift), and the other weighs 50 pounds (the load). If the two children are equal distance apart, the bigger child has complete control of the seesaw. However, if the 50-pound child leans back or sways side to side, they gain leverage by throwing the balance off.

So, imagine that a forklift needs to carry a rectangular object from one end of the warehouse to the loading dock. The object measures 48 inches by 60 inches and weighs 4,000 pounds. If the forklift loads this object vertically (48 inches across), the load center is 24 inches, and it’s safe to transport. However, if the object is loaded horizontally (60 inches across), the load center is 30 inches, which may move the center of gravity too far forward and upset the forklift.

By law, all forklifts must have a legible data plate. Typically, this plate lists:

If it is not possible to adhere to these conditions, then the information on the data plate is no longer 100% correct. Fortunately, it’s possible to determine a forklift’s carrying capacity adjusted to new conditions, but you may have to fire up your phone’s calculator app.

Let’s say a forklift has a rated capacity of 4,000 pounds and a load center of 24 inches. However, the driver has to carry the load with the tines raised a foot and a half off the ground, which shifts the center of gravity—and the load center—by 18 inches.

Under these conditions, the forklift can no longer carry 4,000 pounds safely. The new safe weight limit is about 2,285 pounds, a significant difference.

How to prevent accidental tip-overs

Place loads evenly on the tines.

Typically, the weight is evenly distributed when a forklift carries a single pallet. However, if the load is uneven or contains more than one box, the weight may become unbalanced and create a dangerous situation.

Drive at reasonable speeds with the tines low to the ground.

Driving a forklift too fast or with the tines too high dramatically increases the possibility of the weight becoming unbalanced during a turn or hitting an uneven surface.

Should an accident occur, and you feel the forklift start to tip over, do not attempt to jump out. Jumping out increases your chances of getting caught under the machine. Instead, try to lean in the opposite direction of the fall, grip the wheel tightly, and brace your feet.

However, the best way to avoid accidental tip-overs is to keep the forklift’s center of gravity within the stability triangle and safely operate the vehicle.

Forklift safety is a top priority at Texas Motive Solutions. It’s why our forklift repair service team goes above and beyond to ensure your equipment operates at peak performance. To discover everything we can do for your business—including our forklift batteries and accessories—please give us a call at (888) 316-2459 or fill out this form. 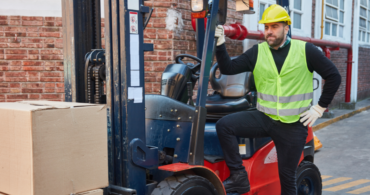 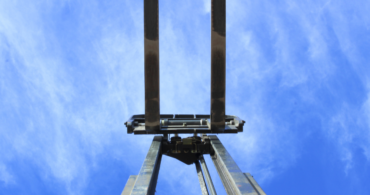